The anger expressed in men when it comes to dealing and talking about females around other females sends off a vibe that, that man is someone not worth the time and effort to invest in. Its a vibe that instantly from the female POV makes him a man that will more than likely be too overt in his actions of “trying” to be dominant instead of “just being” dominant. Meaning, he will try to control her every action because he can’t have faith and trust in himself to let things just flow in a natural pace while at the same time maintaining some sort of confident order for both him, and her in the relationship. For a woman to be comfortable in submitting herself to a man she must have faith in him to be a man that she needs. A man that expresses his anger in not being able to genuinely control his woman with a righteous guideline and purpose comes off as someone who not only can guide her correctly, but also a man that from a survival stance lacks any true safety net for her, and maybe future kids if by some leaps in logic it would make it to that level with a dude that needs anger and bitch management. 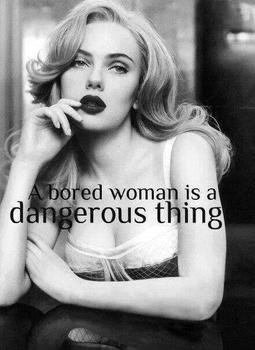 This individual in their eyes is a little boy who got his heart smashed once or twice due to believing in a fairy tale towards the point of obsession instead of looking at life with some sort of base in concrete reality. Basically to them, he is a man that wanted to fuck a barbie doll he can place his expectations and imagination into instead of seeing her as a female first and understanding the game for what it is now.  Women want to believe the fairy tale never forget that, but at the same time that is only a level of the game it is not the end all be all. As much as we would like to believe women want a 24/7 fantasy love story in our heads, its just simply not true. While good once in a while, a chick will get bored and seek out a break in the system. She never wants things to become too predictable. No matter what age she is she will always chose a bit of a shake up over the monotonous and easily to figure out moments when it comes to their life and relationships. 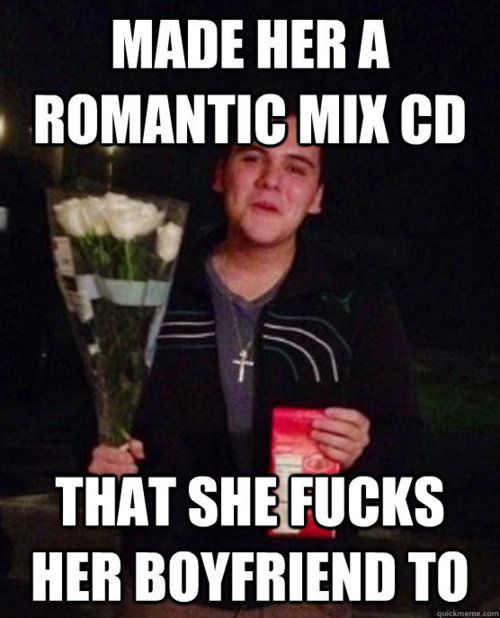 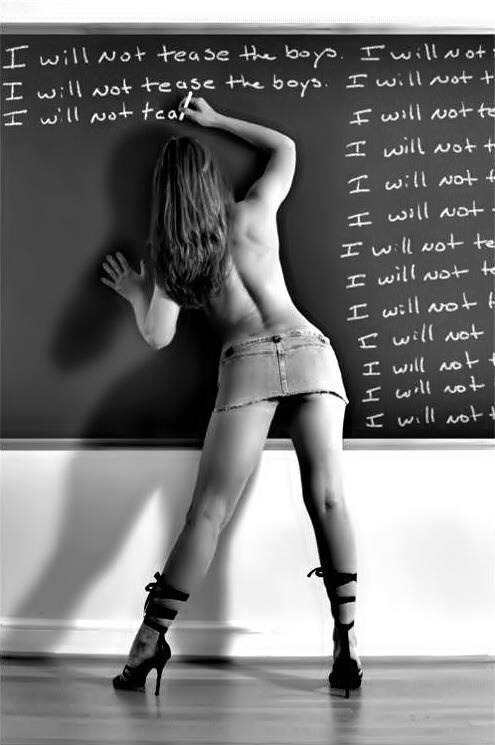 You can see this in something as simple as the cock tease. The cock tease aspect in a woman brings out the fun for both her and the man. There is nothing more fun the game of cat and mouse. It builds tension and causes both man and woman to bring out the best in each other to see who will crack first. Its a adult game that is in the same ballpark as a competition that is simply fun to do. Yet, underneath it all there is another aspect in that game playing in which is fun at first, can lead the man to becoming another lost soul in her sexual rampage. You see, its fun for a woman to get a man all riled up and be the center of attention for a while. Its fun to watch a man squirm around in a fit of pleasure and rage as he so badly wants to touch the forbidden fruit and grasp it has his own. And, its fun for a woman to be the drug in his life as he plays the obsessed crack fiend that needs his fix. But, then whats next? What happens after all that build up is gone? How does the fire start again?

You see, I believe the cock tease is merely another test in a woman finding restriction in a man. You can see this play out perfectly in the video above . At first (Though not seen in the video as this was the best version I can find from the movie) she offers him her sexual services but is met with rejection as he casts her away. Clearly at first she is “upset” and felt “humiliated” but, within seconds admitted she never felt more turned on in her life. She would of still be turned on had he had given in but for how long would it last if he kept falling for her tricks? By him withstanding her and his needs she felt a sense of freedom within herself despite being restricted to the couch waiting until HE wanted her. She was working on his time without it seeming forced upon her. Santa clause became real and she wanted more from there on. By him not giving in so easily to her powers this made her more attracted to him than she already was. As he finished doing what he wad doing, he was then ready to deal with her once again on HIS time and set some of HIS rules that he expected to be follow. How many times do you think a man has set some rules with a attractive chick as herself instead of just being happy to have her in his life? Probably low. Of course, this is just a scene in the movie but none the less you can spot the small truths in it. Now, while women will “seem” to hate this deep down they secretly crave this. They just hate TALKING about it. Even by me TALKING about it I am breaking the rules of the game. It makes sense when girls who read game blogs or watch PUA videos start to criticize it. Its because the guys involved in game are laying out the blueprint instead of DOING the blueprint. They want the guy to be real and not a robot just sprouting out lines just to get her in bed.   The control must be who he is. In this process real freedom for her will be awaken in her spirit.

This idea and concept of restriction must be internalized not just for her but for the man as well. Reading this it may come off as a “how to do” manual as if I am trying to say act like a robot but that is far from the case. At first yes this will come off as playing a character as if the man were in WWE match but, the end result once practiced at a religious pace will see great results in both internally and externally for the man and his relationships. Its all about valuing his self and seeking more than what is expected of him. Watching the latest Superman movie from 2013 you can see this restriction play out as well. As a kid, teen, and adult, Clark Kent was bullied by several people that he could of easily broke in pieces with one hand  yet refused to do due to his step-father’s words and idea of holding back. Had he done that, he would be cast as a outcast and possibly thrown in some type of Men In Black folder as a Area 51 Alien. His restriction to hold himself back lead him to be a greater individual and understand that his powers had a greater purpose than just his selfish needs to release and do as he pleases with them. He had to learn how to be human first before he truly used his authority to its full effect. Had he not been the bridge between his world and earth, who knows how he would of turned out. Now granted  this again is based of a comic book meant for entertainment yet nonetheless, the truth and ideas are hidden everywhere if you look hard enough no matter what the medium is.

TLDR: In closing as a man, always remember to just simply be cool in any situation. Don’t end up like this guy getting all worked up over a nice house. Be calm and cool about everything while on the flip side take no shit in doing so when it is needed. If she is being a cunt, simply tell her you will not be treated that way and to respect your wishes to treat you as another adult instead of a emotional punching bag to inflict her abuse on. If she chooses not to listen don’t get upset. Just simply move on and find a woman that is willing to show you what value is and understand your need to be shown you are a man of worth. At the same time, make sure you show her you deserve it by going out there and leaning the right to be shown that respect. No regular everyday dude is just going to be given respect just because he talks about the act but never does the action. Be a man of worth that is worth the extra resistance from a woman not to blast you in the face with her ruthless outburst just because she has a pussy pass to do as she pleases. Remember, the “50 Shades of Grey” phenomenon of book and movie haven’t made millions JUST because of the sex and BDSM elements. At the heart of it, it was a relationship that involved power, status, and mainly restriction which triggered certain cues  in the female lead and its audience that read the book and viewed the movie. In that, she was allowed to be free by being in bondage both physically, mentally, and spiritually. True freedom in both men, women, and even dogs to a certain extent involves submission to something greater than themselves. Why do you think religion remains on top for so long? Because of the just the cool stories? No. Its deeper than rap as rapper Rick Ross would say. Yes, I am ending this post with a Rick Ross quote. So edgy I am. Above all, restriction is key to freedom for women. Be a man that is able to lead her in the right direction without coming off as TRYING to lead. Just do instead