I don’t know how my death is going to happen and, to be honest if I had a chance to know I probably would decline in listening to it. I couldn’t imagine going through the rest of my life everyday after hearing the news about my “due date” and manage to still make it by without losing in my mind. I would start to watch the clock and calendar with a different mindset as everyday passed by. I would start to treat water cooler conversations at work with even more disdain as words would just float by lacking more complete meaning and reason as I listen to people flap their gums about “issues” that are not even going to matter next year or, to be honest the next few hours. They wont do anything about it. They just need someone to stand there and listen. A extra ear. A mannequin. A dummy stupid enough to stand there and nod their head agreeing and laughing at things that aren’t even funny. If I knew about my death, I wouldn’t even waste my time and just keep it moving. Things I would normally fester and chomp down on would seem like a waste of my time and effort. Things such as TV shows, arguing with people online, buying the latest toys, latest clothes, shoes, trying to figure how the world, how to save it, etc would seem like I was just simply taking my brain and trying to fit it inside of a rat hole just because I had to prove someone wrong that I could. No rhyme or reason behind it as Eminem would say. Simply just because to prove a “point”. All of the stuff I care deeply for now would just get a shoulder shrug as I would move on in life and just ignore the bullshit.

As I get older this feeling is more truth than hypothetical. I am starting to see the waste in many things and wonder why this is THAT important to me? Why am I really caring about winning a argument online? Why am I caring about my music as if I am a critic and trying to figure how every angle of it instead of just enjoying it? Why do I worry so much about what another person is saying about me and how I could change the why I ACT instead of thinking “Eh, fuck em”. I arrive at these points in certain hours of the day when my mind has some free time and just get this look on my face as if I just found out about the Illuminati and that big ass Owl. I start thinking about how many hours upon hours I have wasted on issues that wont matter 10 years from now instead of creating something of importance that will be remembered decades from now. Why am I not concerned with my own legacy instead of paying attention to every other rapper’s  legacy on blogs, interviews, documentaries, songs they make, etc. Where will I stand on the timeline of life? How will I be remembered? Will I even be remembered? If so, why continue on and keep trying. When you REALLY think about it, what is the point of all this if at LEAST you don’t leave something behind that can be looked at and studied for years to come. Sure, you can toss it aside as a ego fulfillment and, I would agree to a certain extent but, okay if not focus on that then focus on what? Just passing by and keeping your head down while a small percentage if the rest of the world is dying to leave something concrete behind? Is “just live” more important than legacy? 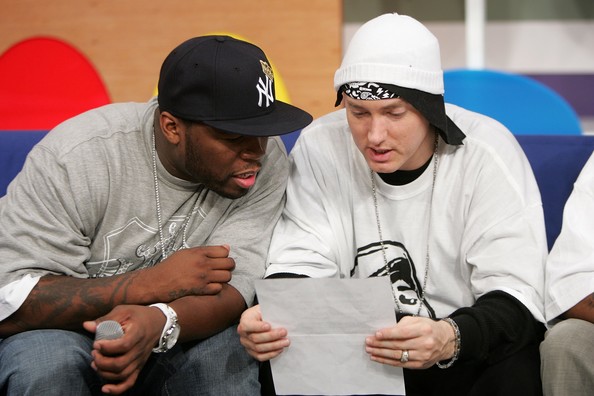 With all that said I catch myself sometimes asking the question “Am I just ready to die?”. When you have this much awareness in the world it can be at times scary to look in the darkness and see the future without having any depression. I can say I was more so “fake depressed” at one point in my life. Meaning, it was like a fake personality and a trend more so than actual real depression that people go through. Its like when women scream rape by actually weren’t. Shout out to Rolling Stone magazine.  It wasn’t as real like someone who was or is  actually suffering from everyday thoughts of just jumping off a building, or popping enough pills to make Eminem in 2007 seem like a amateur. No, looking in this darkness and not being truly depressed but more so closer to realistic has made me travel down a path to see what matters and what really doesn’t. Subjective to some yes but, when you really break down certain things as I did above you start to see how meaningless they really are and wonder what is the point in all this? In that question the only thing to do is to find what else is out there besides what is presented in front of me. In this seeking, the only thing left to find was the truth. 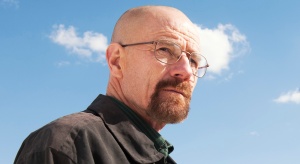 In that journey, I had “hit the wall” as my post here describes I did while back which was inspired by the Kanye West Zane interview, who he was inspired by this last scene in the  Jim Carey movie “The Truman Show. I had hit the wall and found what I believe is the truth about the world. I found what was a adult and mature way of viewing the world from older people’s eyes and now understood why they would drown themselves in liquor and drugs. I now understood why my cousin and father was able to wake up at 3am and work until 3pm hustling their way in this world. I understood why Walter White and Lester Burnham had, had enough of living in the plastic world they invested so much time in and started to live life on their own terms. Yes both were entertainment mediums but still had the reality that most men wanted to live as they wanted to escape as 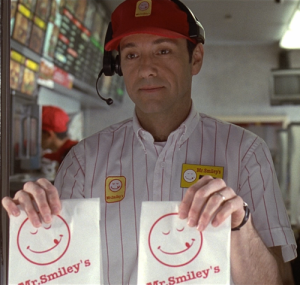 well. I found out how politics work and how the Federal reserve bank was a privately own bank SEPARATE from the government. I now realize why my first “bitchy” girlfriend was able to mess around with me, a close family member, another man, and had a boyfriend back home without breaking a sweat. Same for other dudes I seen that was able to have multiple women without losing their cool. I seen why certain movies, music, books, etc were praised and able to sell more easily than products that actually had more to offer than the mainstream entertainment. I seen all this as I had “hit the wall” and soon understood that truth in itself while great and more fulfilling than the “blue pill” world, it was merely just another system in itself. Like the Bill Hicks video above speaks about him even knowing is that even the truth can be another prison in itself. There was no escape either way. It was like Neo when he first started to “use his eyes” and looked around the ship, tasted the food, heard about Zion, the machines, his mission,  his training, etc, etc. I found myself looking both ways and seeing no way out except the grave. With that said I again ask the question “Am I ready to die?” and, the answer I find myself coming to is….. No.

I arrive at this point in my life in which I realized I had the game all wrong just by asking. By asking, the questions will never stop nor reach a endgame. The questions will just continue one as I begin to look for something that simply was not there at all. What I was looking for was designed by us. Before there was just eat, sleep, piss, and survive. Those were the rules of the land before rules to help advance society were in place. There was no purpose in the beginning. Things just were. How does a fish knows it is in water? What was the purpose of the Dinosaurs? What would be the end result if we all just decided to kill ourselves one by one? What would happen? Who can be punished if there is no one to punish or receive the punishment? Who says there would or had to be a punishment? The questions would live on and on forever. The problem as I said before is in asking to begin with. By finding the truth my goal is not to turn it into another rule book to follow. By learning about the “blue pill” world my goal is not to stay there and except the world that is given to me as the only way to live. My goal I believe is to tell people not to seek by first seeking to begin with. First, you must suffer, then seek, last find, and of course realize the answer was in you the whole time. The answer is you. You can not define what has not be discovered. You can not feel what is not there. You can not see what is invisible. Nobody can create your own world but yourself.

I’ll leave it here with a video that I have used several times already with this post, and this post here as well that was also my first post I ever posted on this blog. I have different views on this scene and at one time thought there was only a couple ways of looking at this until I wrote this post and found a new way of interpreting it. When Agent Smith asks Neo why why does he continue on despite the odds stacked against him, Neo simply says “Because I chose to”. That answer right there is what it is all about. You can’t place that in a label and “market” it as the Bill Hicks video makes fun of in the beginning of this post. There is no defining it because there is no answer for it as well. How do you destroy a world or idea in which you can not figure out unless you were the creator of it yourself? So again no. I am not ready to die. I must make both uses of the “blue pill” world and the truth as simply tools instead of a ending to a story. Live your life instead of others doing it for you.