This video perfectly shows the convert and contradiction nature of women. I have seen this commercial many times and it always makes me smile. Not from a surface level standpoint, but more so from a undertone standpoint. This video can teach  A LOT about women’s mindset when it comes to how they train their boyfriends or husbands. At face value tho, it is simply showing a man who felt weird about using a female product. It is there for comedy and to also sell something. But peer deeper into it and you as a man and even a woman can learn a thing or two. You see, in this video you can see a woman’s true reaction to her man when he starts to act like how she CLAIMS she wants him to act. You see, my take is this man had gotten too comfortable in the relationship and she as a woman in her nature had to test to see if he was still a “Real man” in her and society’s eyes. He had became too invested and she as a woman needed to feel that his “Acceptable female approved” man card was still in tact. As you can see in this this post as well, women don’t want simple and lovely dovey like they SAY they want. They need some chaos or else they will get bored quick. They want the building to blown up so it doesn’t get stale. Despite the fact that when a man does what SHE SAYS she wants that is exactly how it looks like. It is stale and boring to be honest. 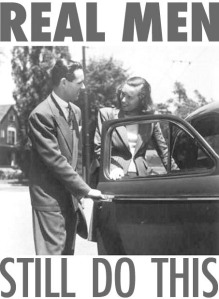 In this clip, she starts to pick at him. It may seem like I am reaching but trust me (A cult leader would say) there is more to it than meets the eye. She starts picking at him because she doesn’t like when he is comfortable and tame, IN THAT MOMENT. She keeps asking him if knows he is using a female product as if to say “I thought you were a REAL man. Hmm?”. Women’s convert and paradox nature as this post, and this post as well talks about is in full gear in just a couple seconds.  She keeps doing this until HE as a man gets it. You see, a woman just wants YOU to get it. She doesn’t want to tell a man on how to be dominant. It ruins the show for them. You then start to become a simple prop and not a co-star in HER show from a approved script with your lines on it. Apologies for so many links but this commercial has so many elements in it in just a short amount of time. They minute he jumps out the shower to start doing “Approved manly” things, he wins and loses at the same times. You see, he wins because he still knows how to display masculine traits at the drop of a hat and show that his balls are still intact, yet at the same time he shows this ONLY BECAUSE she had to tell him in her convert way. Also, he is coming from the point of view of a dancing monkey trying to appease her. He is not doing this from a nature or character POV. He is doing this to make her happy. Most men perform certain things in order to please women. They truly don’t believe in the ideology of men. The new man in these modern times is more sensitive and in touch with his feelings. Nothing wrong with that, but in order to gain arousal in women it is a problem. He was in a human and honest moment in that shower, yet as he was being comfortable it turned her off. DESPITE that is what she most likely wanted if he had gotten to that point of being comfortable without using his own body wash. Its a mind numbing paradox that men find themselves in. Men have become trained dogs in a women’s genuine sick game. 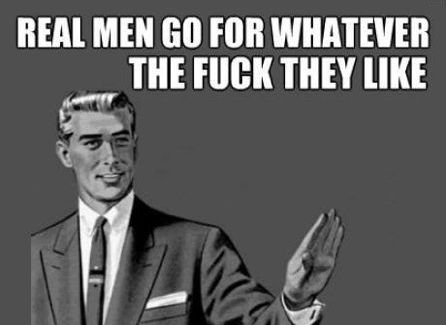 As he comes back to the couch she says “That was close” as if to say “Good boy. So well behaved”. It may seem like at the end that his relationship is saved, but remember this is just a commercial to sell a product used with comedic elements. Its only at face value level.  But rest assured if this were to happen in real life a relationship will either crumble, or a man will have to deal with a constant nagging wife or girlfriend until he finally gets it to stand up for himself and GENUINELY be a man. NOT because she says so. His best options he and every man could of taken in that situation was to either simply A)Not care. When she asked him about using the product trying to provoke him, he should of shrugged it off and kept using it. “So what” should of been his response. Not in a defensive way, but more so a aloof and calm way. She would of gotten somewhat upset, but at the same time respect him for not caring and being comfortable in his masculinity. The other option is B) Already have been doing the masculine things on HIS OWN. He and every man including myself should already have a masculine mindset so a women doesn’t have to tell us and ruin the perception of what it means to be a man. If she has to tell you, it is no longer real to her. A man should already be displaying these traits on his own IF HE WANTS TO. Not because of what society and women says he should do, but more so because he wants to. It doesn’t have to be the things you see in the video, it can be anything as long as he is comfortable, but also understands the game and “Romantic movie” based mindset women have in relationships to play with her a bit. Its a balance. The Red Pill is all about reaching the core within yourself as a man while also understanding how women work and know how to avoid the natural female destruction for as long as you can. Its not a magic pill that will make her submissive forever. Its a constant game of boxing. The minute you stop fighting back, she will knock you out and lose respect for you in the process. Even tho they CLAIM to want to be equals.

As a bonus. I want to show a video that displays a women’s convert nature in a even more visual view with this video here:

There is also a male version of this which can be found here, but that shows that men only lie about certain things from a sexual and masculine element to please women. Most men are more blunt and overt in their speech and actions. In this clip, you can see women take their converted ways pass just sexual, and spread it out in all areas of her life. Its not done on purpose either. Its just a natural thing at times without being done on purpose. Its more so from the root of survival. The best thing to do as a man is to just be aware and know what you are up against.